Welcome to Our Classroom!

The classroom goldfish are over two years old and the children have given them names. Each class nominated names for a fish. The opposite class voted on the names submitted by the other class. Each child suggested a name. The suggestions ranged from Brittany Spears to BeBe Gardner. Several children thought the fish should have their names. The afternoon class voted to name the larger fish "Bob" and the morning class voted to name the smaller fish "Fish". "Fish" was nicknamed "Little Fish" by some of the children 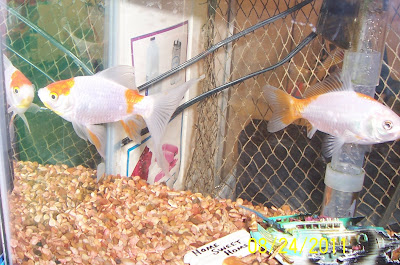